The Badianus Manuscript (1552) is an illustrated Aztec herbal of great significance in the study of medicine and botany in the Americas. It is the earliest known work on Mexican medicinal practices and treatment of diseases. 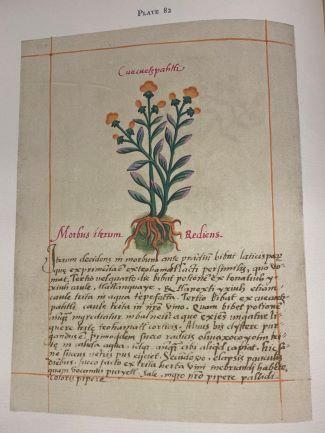 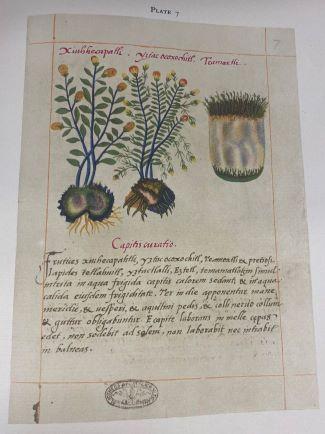 An herbal remedy concerns pharmacological treatments of diseases —with the use of medicinal herbs and plants —rather than surgery. The manuscript is the first illustrated text of Nahua medicine, containing185 illustrations of herbs used for treatment.

The manuscript was commissioned by Jacobo de Grado, friar of the Convent of Tlatelolco and the College of Santa Cruz, for Don Franscisco de Mendoza, the son of the viceroy of New Spain. The Colegio de Santa Cruz, founded in 1536 by the Franciscans, is the oldest European establishment for higher learning in the Americas, whose ultimate goal was to convert natives to Christianity and prepare young men for potential ordination.

The Badianus Manuscript may have been presented to Charles V, Holy Roman Emperor and King of Spain. It is known to have been in the royal library, until it was obtained by Cardinal Francesco Barberini (1597–1679), ambassador of the Vatican in Spain, and patron of the arts and literature. In 1902 manuscripts and printed books from the Barberini Library were incorporated into the Vatican Library. The manuscript, by then unknown after centuries in private hands, was uncovered in 1929 by Dr. Charles U. Clark, while searching for manuscripts of the Americas in the Vatican Library, on behalf of the Smithsonian institution.

In 1990, Pope John Paul II returned the manuscript to Mexico. After spending four centuries in libraries in Europe, the Badianus Manuscript now resides in the National Institute of Anthropology and History in Mexico City. 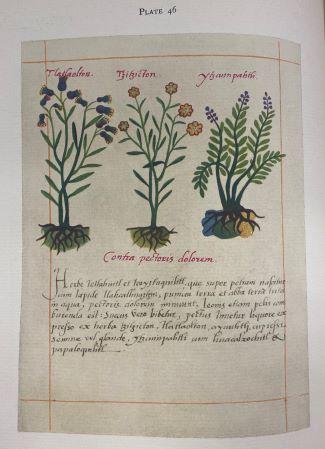 FOR PAIN IN THE CHEST The herbs tetlahuitl and teoyztaquilitl, which grow on a rock, with the stone tlahcalhuaztzin, purple earth and white earth ground in water, ease pain in the chest. A lion’s skin is to be burned also. The juice however is to be drunk, the chest is to be anointed with the liquid pressed from the herb tzitzicton, tlatlaolton, ayauhtli, the seed or the cones of the cypress, ytzcuinpahtli with huacalxochitl and papaloquilitl.

The manuscript was reprinted by John Hopkins Press in 1940 with colored facsimiles, translations, and commentary; this edition is pictured above.