A new display in Tisch Library by Tufts’ Environmental Sustainability Laboratory demonstrates a method of directly capturing carbon dioxide from the air. The display includes a column containing lithium hydroxide which bonds to carbon dioxide in the air to form lithium carbonate, which can be stored easily as a solid. Lithium carbonate produced from this system can be used in concrete or ceramic glazes, which is a way to recycle carbon dioxide and keep it out of the atmosphere for future generations. 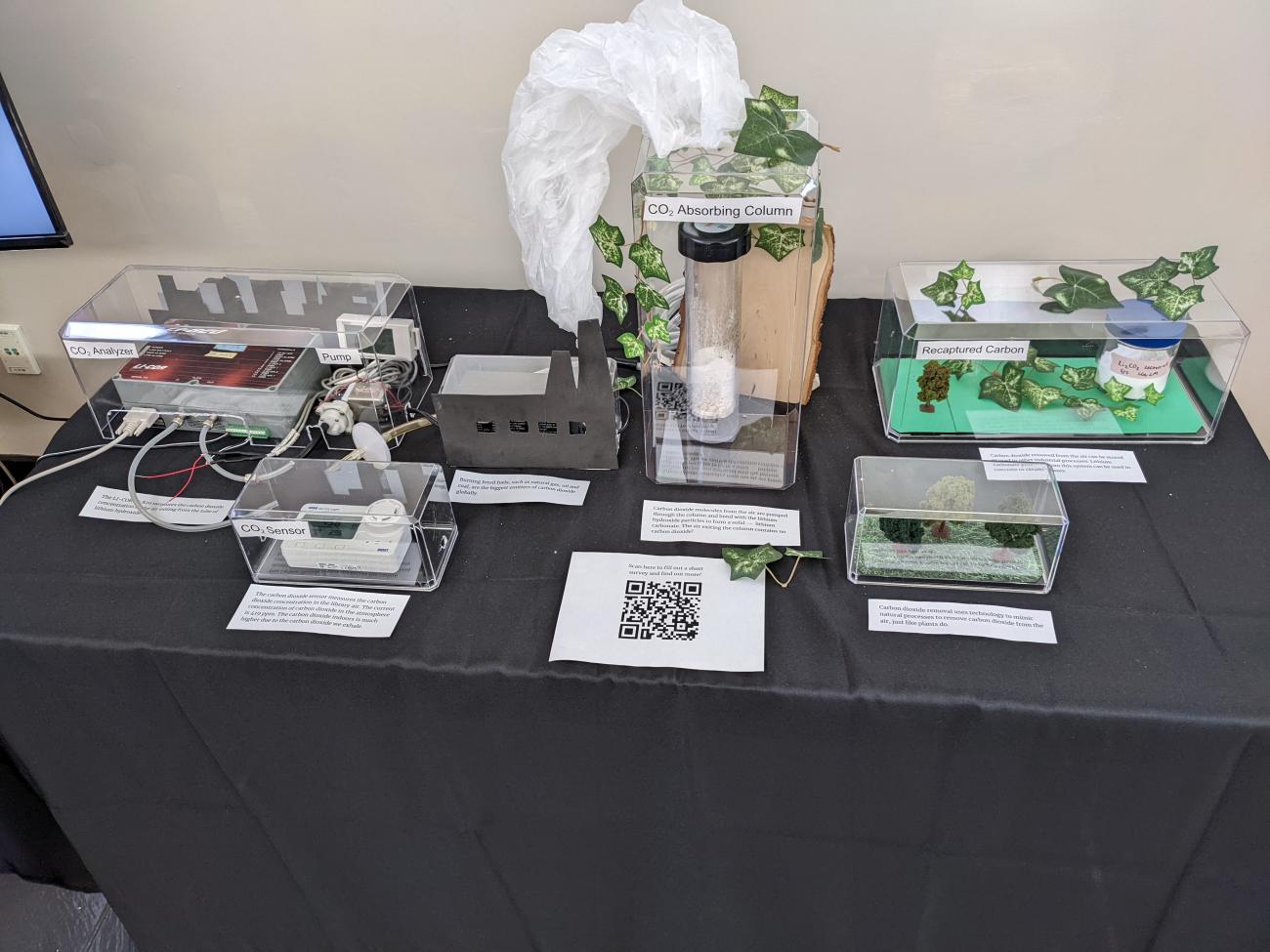