This booklist documents books that were made available during the Learn this fast: Intro to Video Workshop.  These books were shared during the workshop and are recommended reading for those interested in learning more about video.

"The authoritative guide to producing, directing, shooting, editing, and distributing your video or film. Widely acknowledged as the 'bible' of video and film production, and used in courses around the world, The filmmaker's handbook is now updated with the latest advances in HD and new digital formats. For students and teachers, professionals and novices, this indispensable handbook covers all aspects of moviemaking"- provided by publisher

"This groundbreaking and accessible introductory study offers a unique insight into the way illumination has transcended its diffuse functional boundaries and been elevated to a position of narrative and emotional importance, transforming it from an unobstrusive element of film style to an expressive and indispensabile component." - provided by the publisher

"This book features ten critical essays on ecodocumentaries written by eminent scholars from India, USA, Ireland, Finland and Turkey in the area of ecocinema studies. Situating social documentaries with explicit ecological form and content, the volume takes relational positions on political, cultural and conservational aspects of natures and cultures in various cultural contexts. Documentaries themed around issues such as electronic waste, animal rights, land ethics, pollution of river, land grabbing, development and exotic plants are some of the topics ecocritiqued in this volume." - from Amazon.com 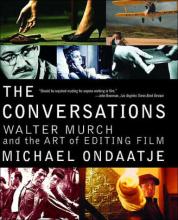 "The Conversations is filled with stories about how some of the most important movies of the last thirty years were made and about the people who brought them to the screen. It traces the artistic growth of Murch, as well as his friends and contemporaries -- including directors such as Francis Ford Coppola, George Lucas, Fred Zinneman and Anthony Minghella -- from the creation of the independent, anti-Hollywood Zoetrope by a handful of brilliant, bearded young men to the recent triumph of Apocalypse Now Redux." - from Amazon.com

"Features essays that combine research, critical analyses and theoretical approaches regarding the meaning and value of amateur and archival films. This book identifies home movies as methods of visually preserving history. It defines a genre of film studies and establishes the home movie as a tool for extracting historical and social insights." - provided by the publisher 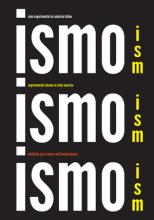