The Secret History of the CIA in Latin America

This fall, eleven first-year students uncovered the surreptitious operations led by the United States and the Central Intelligence Agency (CIA) in Guatemala and Chile, as well as the long-term impact of these interventions on Latin America. Through a human rights lens, the class studied the CIA’s role in thwarting grassroots movements and overthrowing democratically elected leaders in the name of economic gain. The course also focused on resistance movements throughout Guatemala and Chile, placing an emphasis on the power of the people to fight back. The goal of this course, and this exhibit, is to share with our community a history that we do not learn about and to recognize those who were affected by U.S. intervention in Chile. 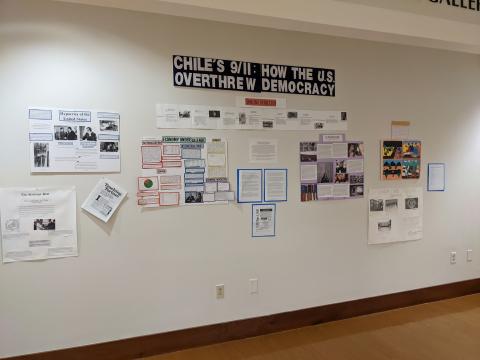